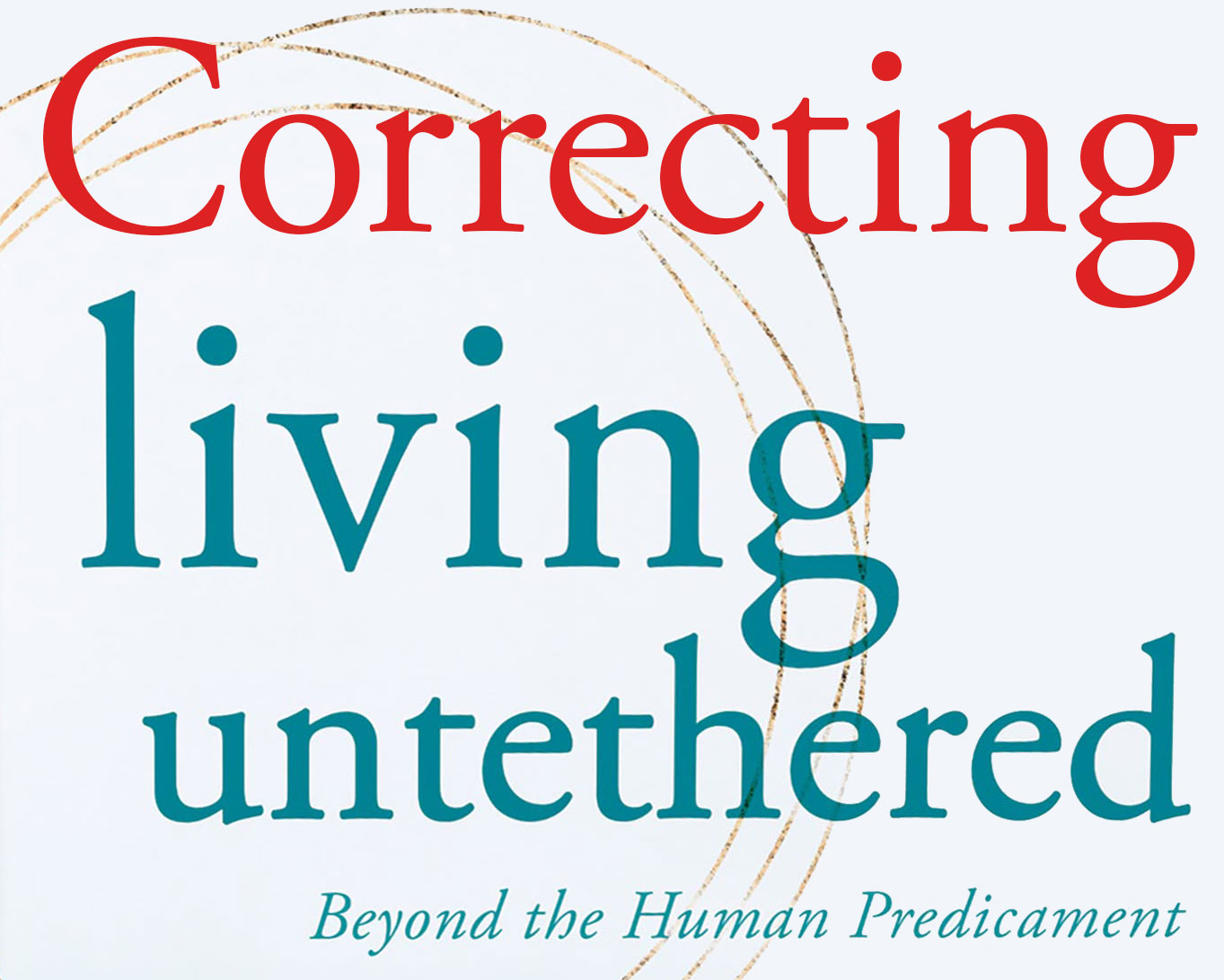 This article is the second in a series of 8, intended to offer corrections to Michael A. Singer’s latest book, Living Untethered: Beyond the Human Predicament, for the benefit of his readers. Each article in the series is dedicated to addressing one of the book’s parts, with this article addressing “Part II : The Outside World”.

To more accurately understand what Mr. Singer writes about, it is helpful to be clear that preferences exist to serve identity rather than consciousness. This is why Mr. Singer is correct when he writes that “all moments in the universe are simply moments in the universe; you are the one bringing your personal preferences into these impersonal moments and making them personal”. Yet, Mr. Singer is incorrect when he writes that “there are countless moments … and your relationship to all of them is exactly the same: you are the subject, they are the object.” In fact, that is merely one perspective among many — and not necessarily the most useful or accurate one.

Much like he did in Part I, Mr. Singer expresses various misunderstandings of science and the visual process in Part II, starting in Chapter 7. Notably, Mr. Singer mixes up science with natural philosophy and restates his misunderstanding of external objects. When he suggests that “objects themselves have no color; it is the light reflecting off them that has the different colors we perceive” he is going in the right direction but misses the mark. In fact, there are no objects outside of the mind — and light does not have color. Rather, the color you perceive is a pattern of information in your brain that results from the processing of signals initiated by the photoreceptors in your eyes. Different wavelengths of light result in different signal strengths, relative to the light’s intensity, among the 4 photopigments that allow your photoreceptors to differentiate those wavelengths. This differentiation is what allows you to experience the perception of color due to how your brain processes the information. Point being, Mr. Singer is correct in suggesting that reality is not as it appears to be but is inaccurate in his explanation of what reality is and how it works.

While it would be possible to provide corrections for “Chapter 8. The Origin of Matter” and “Chapter 9. The Power of Creation”, doing so would be of little benefit to all but a few readers. So, let’s skip ahead to Chapter 10. In writing “this is the truth, and we should remember and contemplate it regularly”, Mr. Singer engages in two common misconceptions. The first is that truth is to be found in stories. In actuality, truth is the state of reality, meaning that truth exists beyond the scope of any story, including this one. Therefore, any statement of “this is the truth” is inherently false. The second common misconception is that obligations (what one should do) exist beyond individual choice. In other words, any statement of “we should …” implies that the author has authority to oblige the reader when, in fact, it is always up to the reader to decide what the reader should do.

Like most people born in the 20th century, Mr. Singer engages in the fallacy of physicalism. What this means is that Mr. Singer assumes that only what is physical is real. An example of this is when he states that, “the moment in front of you came from the stars”. In fact, it is only the physical energy and matter you are experiencing that came from the stars. The ideas you come across in any given moment, for instance, are not themselves physical. Rather, physical reality forms a substrate upon which other forms of experience are made possible, even as physical reality itself is made possible by a more fundamental substrate. Indeed, Mr. Singer is entirely correct when he writes that “what’s in front of you is a very holy thing, all of it”.

It seems rather ironic that Mr. Singer is somewhat off the mark when it comes to understanding spiritual surrender. When he writes “you must let go of the part of you that thinks it has the right to like and dislike the results of billions of years of interactions”, he is essentially throwing the baby out with the bathwater. In fact, spiritual surrender, accepting the truth of what is, includes accepting the existence of likes and dislikes. Instead of trying to let go of a part of your being, love that part of your being, as a parent loves a child. Under no circumstances does spirituality require anyone to dissociate from the fullness of their being! Yet, it is so common for “spiritual people” to do so that there’s a name for it: spiritual bypassing.

Aside from noting the consistency of Mr. Singer’s fallacies and his tendency to overgeneralize, I wish to clarify that the crux of what Mr. Singer writes about is very valuable. Surrendering with gratitude to the beauty of what is, regardless of your personal preferences, is essential to living a spiritual life, a life aligned with truth. Yet, when Mr. Singer writes, “This is spirituality — coming into harmony with reality, instead of your personal self”, I disagree. This is spirituality — coming into harmony with reality, including your personal self.