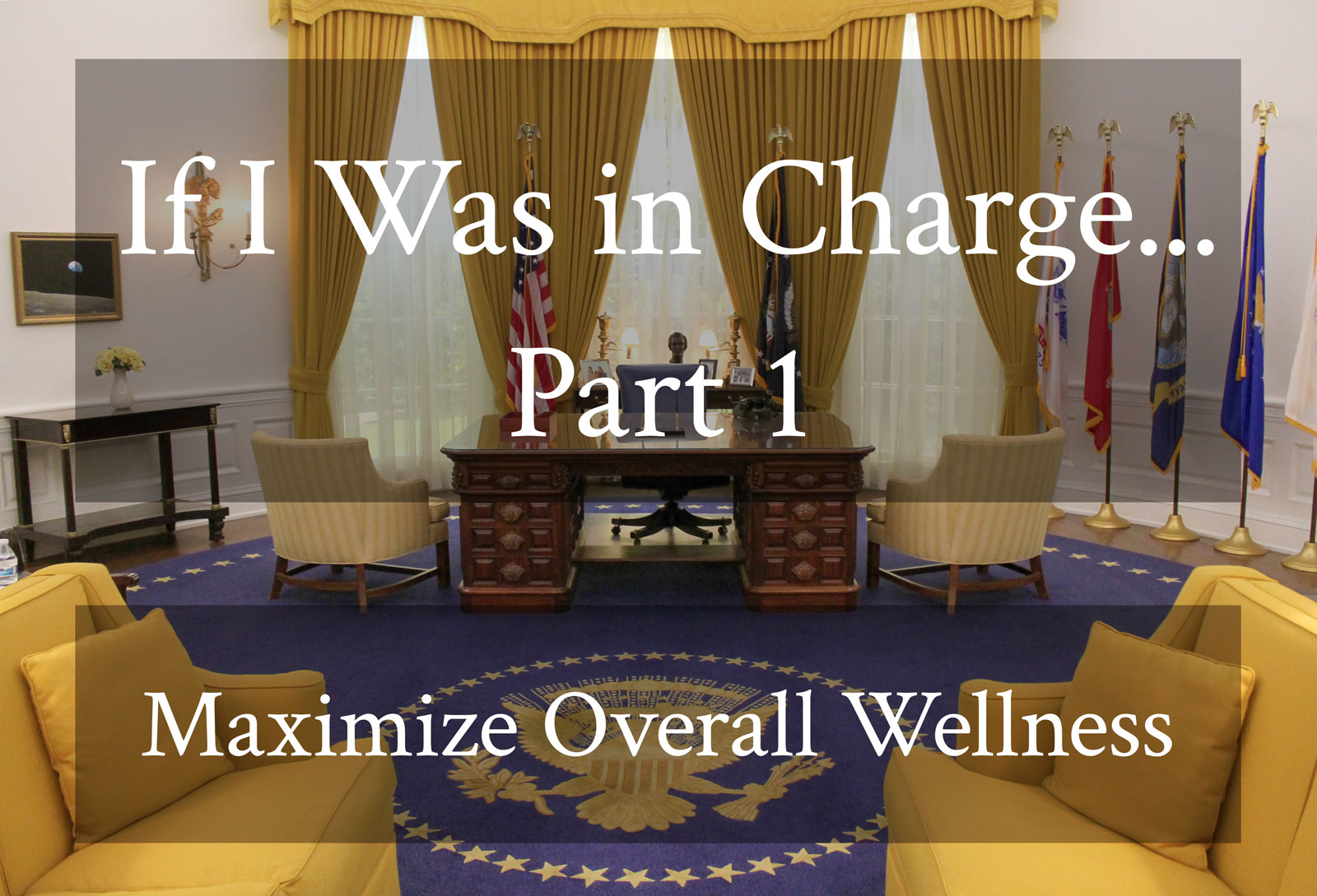 Yet, upon closer inspection, the saying seems potentially misleading. Does “With great power comes great responsibility” not then imply that those with less power also have less responsibility? If so, that would suggest that it’s alright for people to behave irresponsibly, as long as they don’t have any power.

Has this familiar saying been subtly encouraging people to choose to be powerless in order to avoid being responsible?

Since having greater power would then grant me greater effectiveness in my efforts to increase the well-being of our species and planet, I decided that greater power and greater responsibility were both things that I was open to having. And so, I began to consider the potential consequences of my becoming extremely powerful, as a result of my becoming extremely responsible, and I was left asking myself:

What would I do if I was in charge?

In December of 2021, I began recording a series of over 30 short videos to answer this question, touching upon a wide variety of meaningful topics in the process. Since each video provided only a brief dip into some rather deep waters, I decided to create a series of articles to dive deeper. This article is the first of that series.

Each of these articles is meant to address a specific governmental directive, explaining what the directive is, why the directive is beneficial, and how the directive could be implemented. As with the videos that inspired them, the articles are meant to stand on their own, building one upon the other in a series.

Upon deep contemplation and consideration, I decided that the first thing I would do if I was in charge would be to issue a directive for all forms of governance to maximize overall wellness. What I mean by that is this:

Wellness is an increased ability to function.

Fundamentally, wellness is the opposite of illness, which is a decreased ability to function. Using these definitions, anyone can understand that anything which functions in some way may be more well or more ill.

By providing a direction for all forms of governance to maximize overall wellness, including self governance, what my first directive essentially does is set an achievable goal for all of us to co-create a world which is ever increasingly well.

The reason that maximizing overall wellness is the most important directive is that things which function are real, whereas things which cannot function are not real. For instance, numbers exist but are not inherently real, because they can’t do anything on their own. This is why numbers cannot be either more well or more ill, whereas your brain most certainly can be. In fact, numbers are patterns of information that we invented (similar to words) to help us describe and understand reality. We did this because:

Reality is that which functions.

What this all means is that maximizing overall wellness inherently optimizes reality, whereas facilitating overall illness inherently diminishes reality. When we value what’s not real more than what is real, we inevitably impoverish our reality. For instance, valuing high numbers in your bank account more than your physical wellness diminishes your experience of reality by trading reality for fantasy, whereas valuing your physical wellness more than the numbers in your bank account increases your experience of reality — in place of fantasy.

Since you and I are real and living in a very real world, it makes perfect sense to optimize the functioning of our real world. Otherwise, by undervaluing reality, we overvalue things that exist but are not real, such as ideas, stories, and ideologies, which we may consider useful or desirable but can never be as fundamentally valuable as reality itself.

To envision what a governmental goal of maximizing overall wellness could look like in a practical sense, imagine a governmental decision, at any level. For instance, does a decision made by your local school board maximize wellness, not only for itself, its students, teachers, and parents, but also its community and the world it resides in? Does a decision made by a mayor, a judge, a police officer, a legislator, or a president maximize the wellness of not only themselves (or the groups they identify with) but the wellness of everyone and everything affected by their decision? If not, those decisions would need to be revised in order for them to align with the goal of maximizing overall wellness.

When maximizing overall wellness becomes the standard by which all governmental decisions and actions are measured, it becomes possible to continually refine and improve upon governance itself. It becomes possible to have honest political discussions resulting in well-reasoned changes to the benefit of all.

The goal of maximizing overall wellness even applies to how you govern yourself. Are your decisions and actions resulting in an increased ability to function of not only yourself but also the real world around you? If not, your decisions and actions can only improve by being more aligned with the goal of maximizing overall wellness. By continually refining and improving upon how you govern yourself, you inspire others to do the same and join you in optimizing reality together.