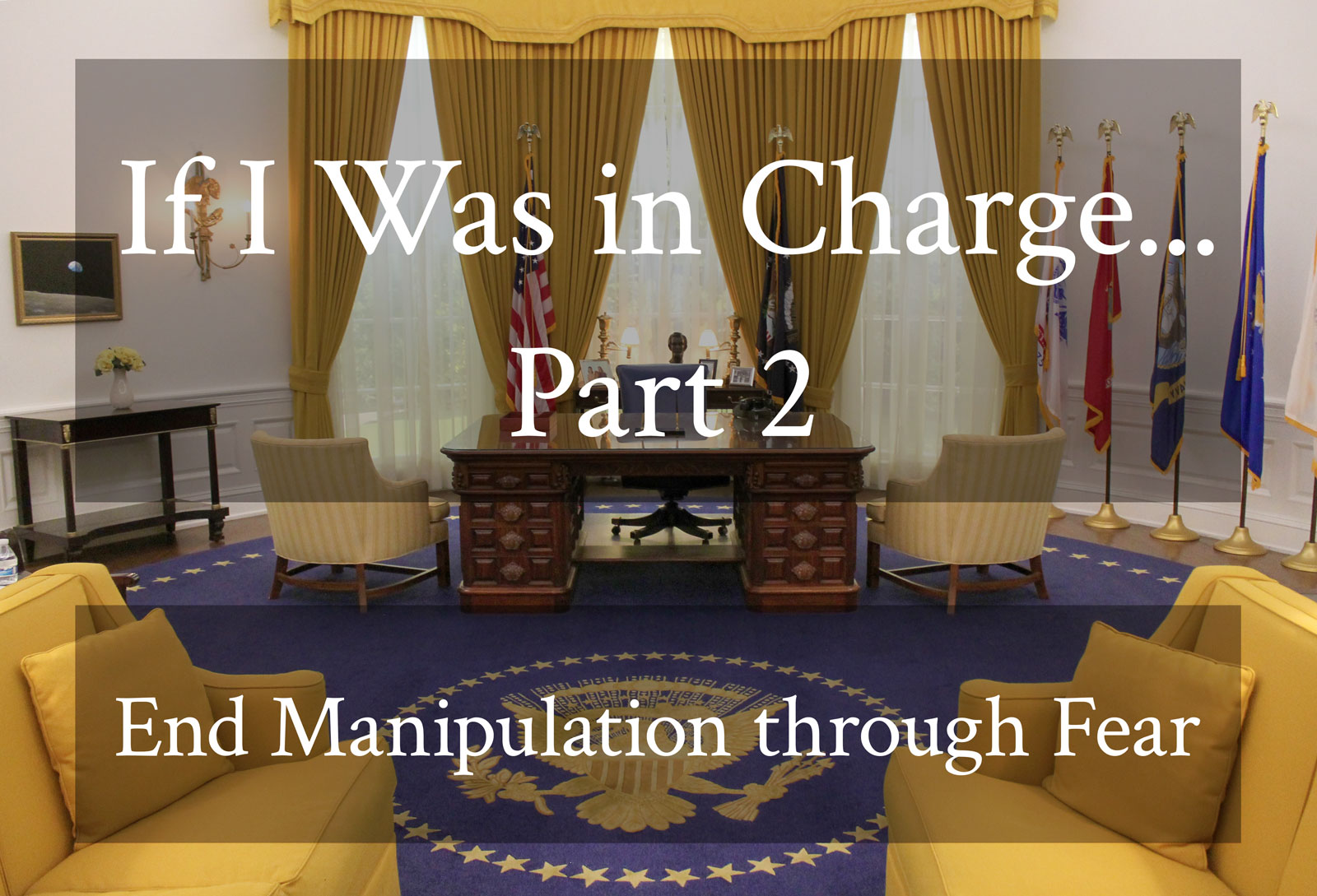 Fear is an emotion resulting from believing a story of a potential threat.

As such, fear is entirely distinct from danger. This is because danger is a quality of reality, whereas fear results from stories — which are merely patterns of information and are therefore not real, even though they exist. If this is in any way unclear to you, please refer to the first article in this series for further clarification.

Common examples of manipulation through fear include the crafting of stories of potential threats in news media, social media, politics, religion, bullying, advertising, and marketing in order to manipulate people’s behaviors to serve the interests of those crafting the stories. These stories are quite distinct from stories of actual dangers, which informatively describe current situations without conditionality, implications, or imperatives.

Stories of actual dangers, such as emotionally neutral stories of oncoming storms, enable people to make more informed choices in how to consciously respond to those dangers. In comparison, stories of potential threats for the purpose of eliciting fear urge people to unconsciously react in prescribed ways to serve the agendas of others. To be clear, fearful stories need not be verbal — and are often communicated implicitly rather than explicitly so as to minimize the chance of one’s reasoning ability interfering with the emotional reactions intended by the fear monger.

Fear inherently decreases a person’s ability to function by limiting their behavior to only what the person believes to be safe. For instance, if you are in a room with 4 ways to exit and are afraid that 3 of those ways are dangerous, your fears will most likely lead you to opt for the remaining route without any further consideration. So, if someone has an interest in you opting for one route versus any other, telling you stories of there being potential threats on the other routes is a way to manipulate you through fear in order to serve their interests.

Since wellness is an increased ability to function, fear inherently causes illness.

Of course, stories of potential threats alone are not enough to cause fear, because fear requires one to believe in such stories. In this sense, the burden of responsibility for your fears is always yours. For instance, stories of potential threats in the context of a movie may be believable in the context of the movie’s characters — but it is your responsibility whether you choose to take those stories out of context and fearfully apply them to your own life. This is why ending manipulation through fear does not preclude the use of stories of potential threats in entertainment, such as books, videos, or other forms of storytelling, when those stories are intended merely to entertain and not be applied by audience members to their lives.

Because industrialized societies are highly saturated with human-created stories, rather than encouraging people to be immersed in the natural world we evolved in, human beings in industrialized societies encounter more stories, more rapidly than humans evolved to consciously process. Even when one is guarded in which stories one chooses to believe, the sheer number of attempts to manipulate people through fear make it almost inevitable that some of those attempts will succeed, resulting in illness overall. This is why it is so important to end manipulation through fear, so as to achieve the prime directive of maximizing overall wellness.