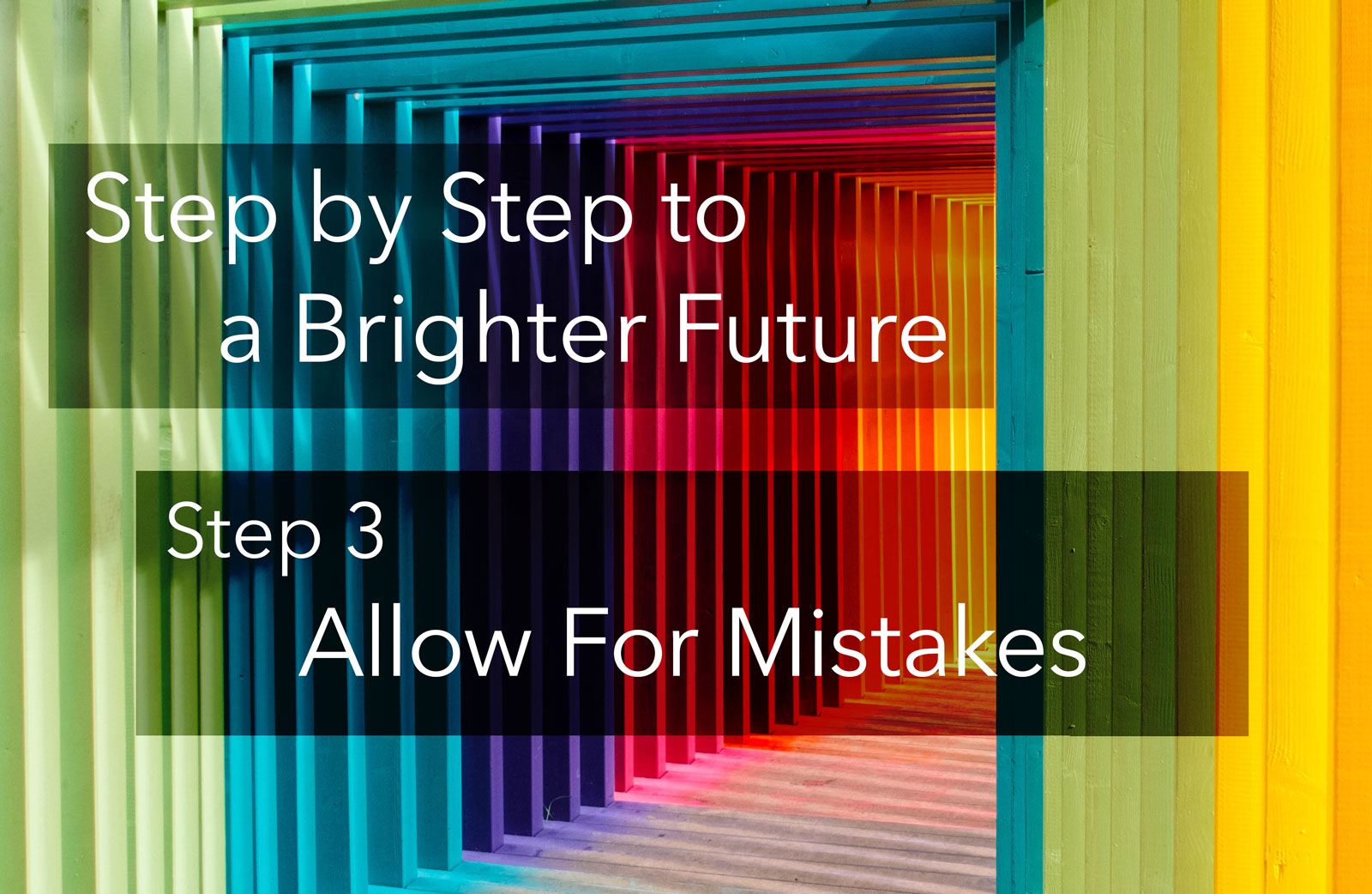 Creating a better and brighter future requires continually learning from mistakes. So, what happens when we don’t allow or acknowledge mistakes? It’s not a trick question. We simply stop learning from them — and the less we learn, the less we grow.

Depending on how you were taught and raised, you might have strongly negative associations with mistakes. If you were threatened or punished for making mistakes, instead of corrected and encouraged to learn from them, mistakes may appear entirely unacceptable to you. Yet, what is unacceptable is not the mistakes themselves but rather the use of threats and punishment to frighten people into conformity.

Mistakes are considered mistakes because they have undesirable consequences.

The undesirable consequences of one’s mistakes alone are generally enough to discourage people from making them. However, to learn from mistakes, one must first be aware of them. This is why creating a better future requires not only allowing for mistakes to occur but also acknowledging mistakes when they do occur. This is because the act of allowing provides space to grow while the act of acknowledging provides a direction for growth.

Creating a brighter future means creating a future in which it is easier to see what is lurking in the shadows. When we acknowledge mistakes, both in ourselves and in others, we shine the light of our awareness onto those shadows and help people to see what may have otherwise remained hidden. By first acknowledging mistakes, you are then able to correct them.

Of course, how you choose to acknowledge and correct mistakes is an important aspect to consider when doing so. If you correct or acknowledge mistakes to elicit guilt or shame, instead of to encourage learning and growth, you certainly won’t be creating a better future in the process. This is because creating a better future requires acknowledgements and corrections to be given in loving service and free of expectations.

There are a seemingly infinite number of ways to learn to allow, acknowledge, correct, and learn from mistakes. A common way is to practice a new artform or musical instrument. You can also develop a new skill or technique, such as by cooking a new type of dish or speaking a new language. When doing so, you are left with little choice but to allow for mistakes, acknowledge them, correct them, and learn from them.

Live in Amazement at the Fullness of Your Being