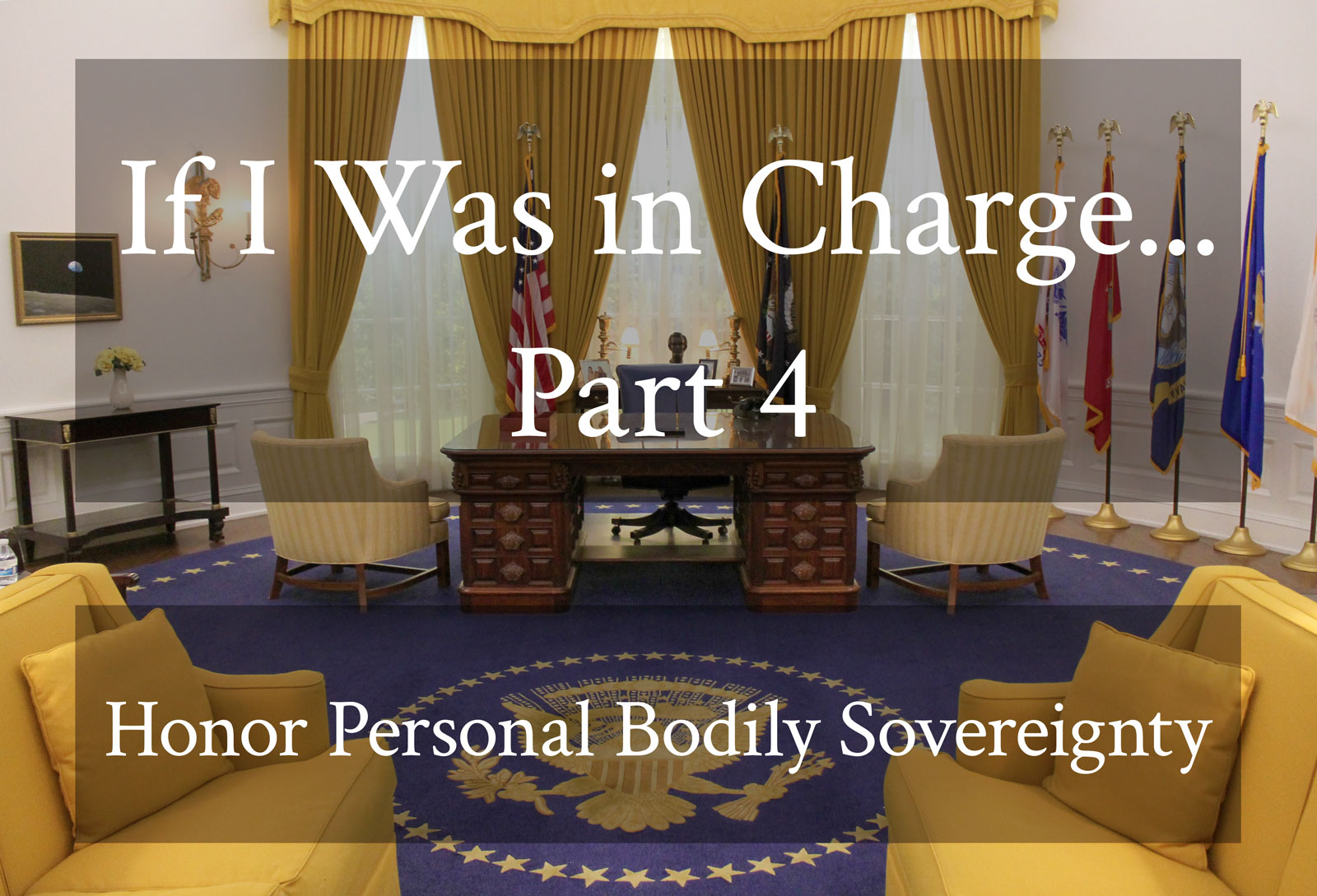 As a human being, you are constantly making choices. Furthermore, you are inherently responsible for the choices you make, in that you experience consequences from those choices. Since you are the only one making your choices, you are a sovereign being, given that you have the ultimate authority to make your own choices and decisions. At the same time, you innately own and are ultimately responsible for your body. Therefore, since you are always responsible for both your choices and your body, it is not possible for any other individual nor institution to be more responsible for your body than you are. As such, there is no justification for any other individual or institution to have a higher authority over your body than you do.

The presumption that one, whether as an individual or institution, has a higher level of authority over the use of your body than you do is the basis of not only slavery but also other forms of abuse, such as physical abuse and sexual abuse. Since the prime directive of this series is to maximize overall wellness, it should be clear that abuse (literally the misuse of something) goes directly against that directive. In other words, dishonoring personal bodily sovereignty is a basis for abusing people’s bodies and consequently decreasing their ability to function. Clearly, such dishonoring goes directly against the premise of maximizing overall wellness, which means that adhering to the prime directive of this series requires that personal bodily sovereignty be honored.

The ramifications of performing such a legal audit are quite numerous. Most certainly, they would include:

Given such broad ramifications, it is important to be clear that the intentions behind many of the governmental decisions that currently dishonor personal bodily sovereignty are not inherently bad. For example, the intention of ensuring that people are healthy by being vaccinated against diseases and not ingesting addictive or toxic substances is certainly a good intention. The intention of ensuring that people are not sexually misusing their body due to duress or financial hardship is also a good one. The intention of ensuring that people value life, both their own life and the giving of life, is also quite good. However, dishonoring personal bodily sovereignty can never be a healthy way to fulfill those intentions. Rather, the prime directive of maximizing overall wellness requires the promotion of desirable behaviors rather than the penalizing of undesirable behaviors. Otherwise, governments would continue to be in denial of reality and continue to manipulate their subjects through fear.