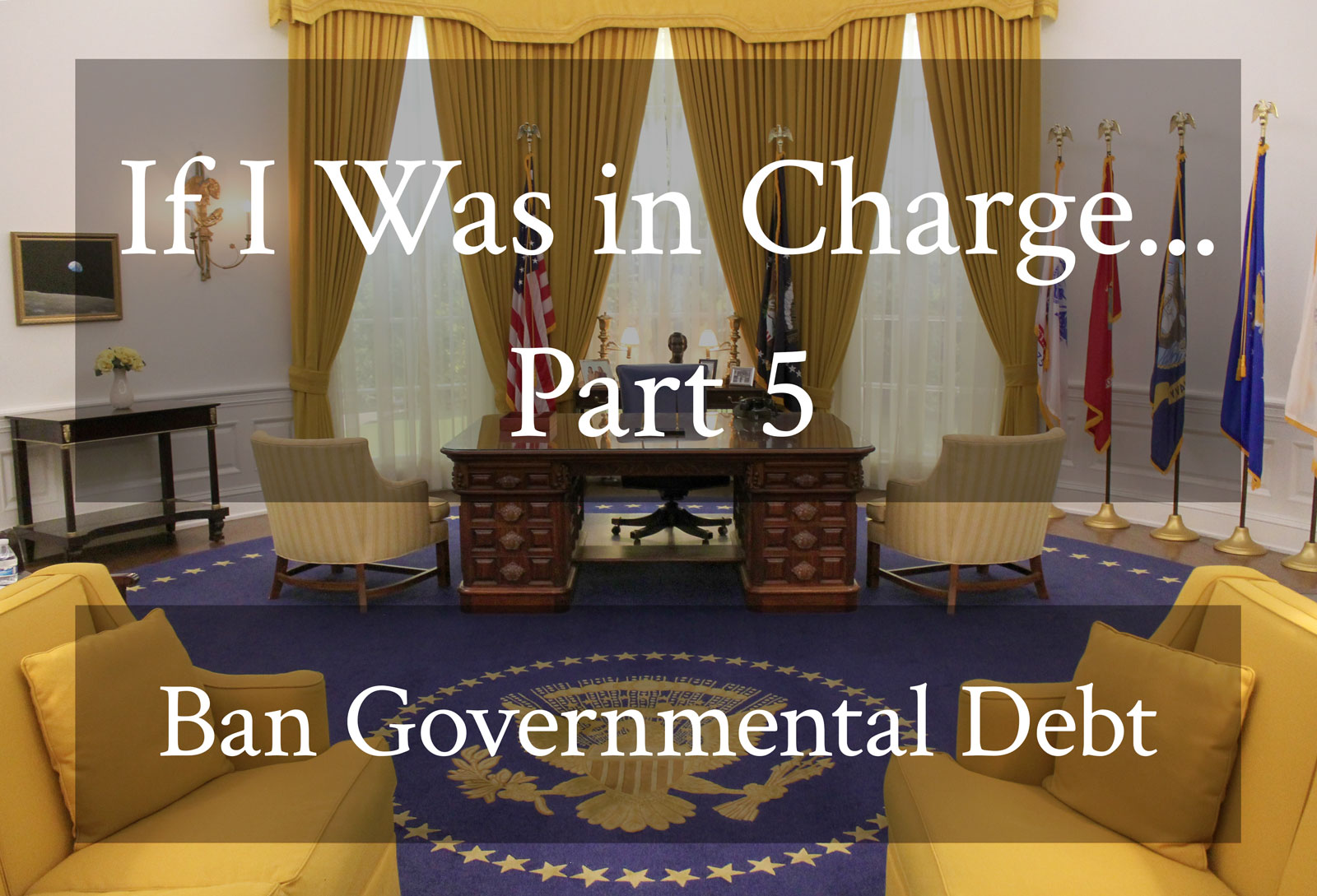 Consider the following scenario. Suppose that a person wants to buy something but doesn’t want to pay for it and isn’t able or willing to steal it outright. So, instead of charging the purchase to their own account, they charge it to their child’s account without the child’s permission. When the child objects to paying for their parent’s debt (plus compounding interest fees), the parent tells the child that it’s alright because the child can avoid paying the debt by doing the same thing to the child’s children that the parent did to them. Because charging one’s expenses to another person’s account without their permission is a form of fraud, this scenario is obviously both immoral and illegal. Yet, this scenario is a fairly accurate description of what governmental debt is.

In essence, governmental debt creates financial burdens for people alive in the future to pay for the purchases made by people alive in the past and present. These financial burdens are contracts that require the servitude of people alive in the future in order to pay the expenses outlined by the contract, otherwise known as an indenture. Because the resulting indentured servitude was initiated without the consent of all those whom the contracts indenture, governmental debt creates involuntary indentured servitude, which has been explicitly illegal in the United States since the Victims of Trafficking and Violence Protection Act of 2000.

Because slavery is considered a condition of compulsory service or labor against one’s will, governmental debt constitutes a form of slavery whenever anyone who is obliged to pay for a governmental debt objects to doing so. Yet, slavery has been entirely illegal in the United States since the adoption of the 13th Amendment to the U.S. Constitution in 1865. Yet, despite being illegal both implicitly and explicitly, general governmental debt in the United States increased from 53% of GDP (gross domestic product) in 2001 to 128% of GDP in 2021 (according to the Federal Reserve Bank of St. Louis) at the same time that the U.S. GDP more than doubled.

Since panic selling of government bonds and other debts would likely occur in between the time of announcing these steps and the time of instantiating them, it is important to clarify that the setting of a 0% interest rate and the determination by the GDACs of lenders and amounts due must be performed retroactively based on the date and time of the initial announcement of intent. As such, rather than causing panic selling, governmental debt would effectively become unsellable. However, lenders would still be able to treat the outstanding governmental debt as collateral for bank loans, given that there would be a guaranteed 20 year payback of the debt. By not freezing assets entirely, while also not requiring involuntary indentured servitude, the act of banning governmental debt would maximize the wellness of not only the finances of governments and their citizens but also the overall wellness of humanity.